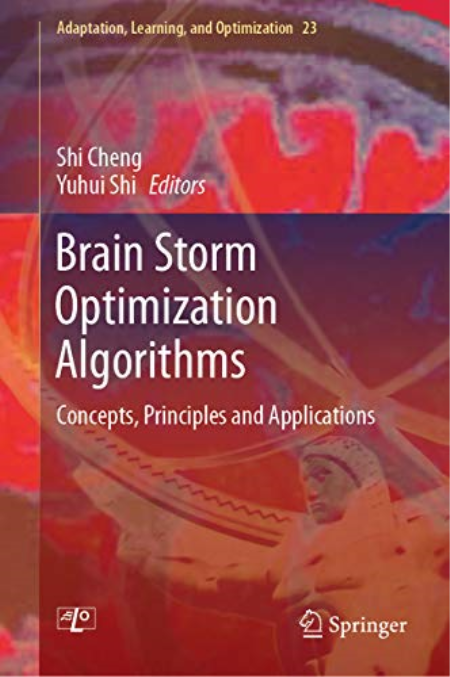 Brain Storm Optimization (BSO) algorithms are a new kind of swarm intelligence method, which is based on the collective behavior of human beings, i.

e., on the brainstog process. Since the introduction of BSO algorithms in 2011, many studies on them have been conducted. They not only offer an optimization method, but could also be viewed as a framework of optimization techniques. The process employed in the algorithms could be simplified as a framework with two basic operations: the conveg operation and the diveg operation. A "good enough" optimum could be obtained through recursive solution divergence and convergence. The resulting optimization algorithm would naturally have the capability of both convergence and divergence.

This book is primarily intended for researchers, eeers, and graduate students with an interest in BSO algorithms and their applications. The chapters cover various aspects of BSO algorithms, and collectively provide broad insights into what these algorithms have to offer. The book is ideally suited as a graduate-level textbook, whereby students may be tasked with the study of the rich variants of BSO algorithms that involves a hands-on implementation to demonstrate the utility and applicability of BSO algorithms in solving optimization problems.