E-Books →2028 END: Declaring The End From The Beginning 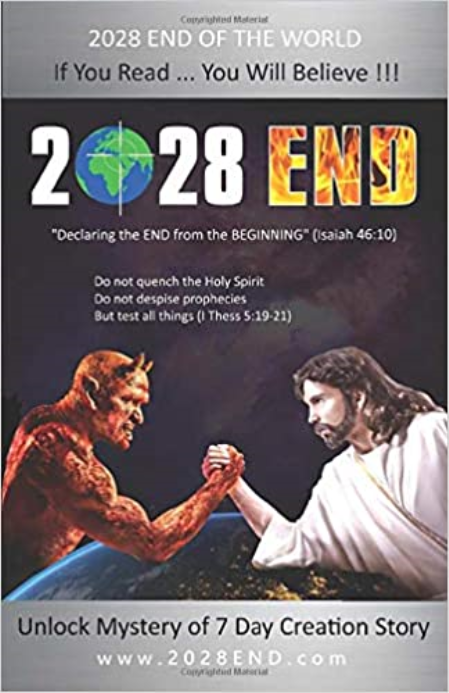 Are We Living In The Last Decade?

Planet Earth has "last days" fever. Israel is back on the map. Satellites orbit the globe. Humans fly through the air. Mark of the Beast technology exists. The world is filled with violence. And every year more apocalyptic books, movies, and documentaries are made. So what's going on? Is the world as we know it about to end?

The answer is an overwhelming - YES!!! We are approaching the bimillennial (2,000 year) anniversary of Jesus Christ's death on the cross, and God has prophesied over and over again in His Word that THAT would be the year of His Son's return to Earth!

If you love God's Word, you owe it to yourself to read this book. This will be the most fascinating book you ever read on Bible prophecy, hands down! It will blow you away! It's not just hype! If you read, you will believe Jesus is returning 2,000 years after the year of his death - 2028 END.

What You Will Learn In The Book

Reveals why God used 7 days in the creation story

Brings to light God's end message in story of Noah

Brings to light God's salvation message in story of Moses

Explains meaning of phrase "no man knows day or hour"