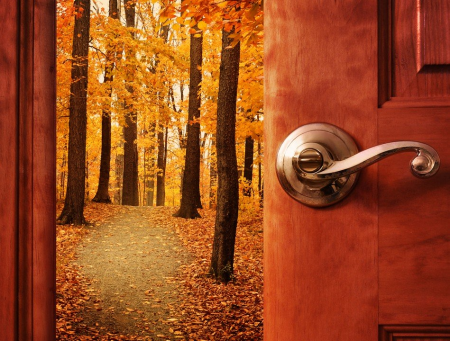 Follow along with MongoDB expert Austin Zellner and develop a foundational knowledge of NoSQL, including NoSQL structures, query languages, architectural patterns, scaling, and modeling.
We were taught to think of the world as rows and columns, but the reality is that the future belongs to complex shapes and streams of data. How do we approach conceptualizing different models based on use cases rather than optimizing for relational theory? That's what we will explore in this session.
Assuming no prior knowledge of NoSQL or MongoDB, we will explore NoSQL and use MongoDB as an example database to build live records and examples. We'll also explore strategies on how to approach new use cases and systematically determine the right patterns to apply.
This course covers these seven topics:
Introducing NoSQL and Transforming from a Relational to a Document Perspective. Be able to explain the benefits of NoSQL and how to transform from a relational to a document perspective in this first topic in the NoSQL Complete course. Know when relational should be used and when NoSQL should be used. Follow along with Austin and learn how to think in terms of documents (JSON documents). Learn what NoSQL really means, and the difference between objects and relations. Objects are explained with examples and you will see how objects look in code and in MongoDB. Know the NoSQL approach involving data, queries, and access patterns. Learn about ORM (object-relational mapping). Be able to explain the difference between programming languages and frameworks.
NoSQL Structures: Document, Tabular, Graph, Key-Value, GeoSpatial, and Text. Understand the NoSQL perspective on conceptual, logical, and physical data models in this second topic in the NoSQL Complete course. For physical structures, become familiar with Document, Tabular, Key-Value, Graph, GeoSpatial, and Text. Be able to explain the concept of schemaless. Learn how document databases store data in JSON and BSON (Binary JSON). Many examples are provided. Learn about MongoDB object ids. Learn more about key-value databases, and get a taste of Amazon Dynamo. GeoJSON is explained as well.
NoSQL Query Languages. Be able to explain at a high level the different ways to query the various NoSQL databases in this third topic in the NoSQL Complete course. See how data is retrieved from Document, Tabular, Graph, Key-Value, GeoSpatial, and Text databases. Learn about querying data with MongoDB MQL and all about Compass and the aggregation pipeline. Explore how various types of indexes help with queries, including compound indexes, single field indexes, multi-key indexes, and unique indexes.
NoSQL Architectures. Be able to explain at a high level the different NoSQL architectures in this fourth topic in the NoSQL Complete course. Know that MongoDB is a distributed node system. Understand the CAP Theorem, and know the tradeoffs for choosing two out of three of Availability, Consistency, and Partition Tolerance. Learn about the different architectures of Redis (Key-Value) and Neo4j (Graph). Learn about primary and secondary nodes and be able to explain that a node in MongoDB is a BSON read/write machine. Know the benefits of eventual consistency.
NoSQL Scaling. Become competent in scaling in this fifth topic in the NoSQL Complete course. Know how nodes come together to form replica sets and how replica sets come together to form sharded clusters. Learn about the three ways of sharding: hash-based, range-based, and tag-aware.
NoSQL Data Modeling. Become competent in NoSQL data modeling in this sixth topic in the NoSQL Complete course. Know the difference between referencing data and embedding data. When in doubt, embed your data. Learn how to combine data and state in the same collection. Learn about modern use case patterns including microservices. Know how to model multi-document ACID transactions. Learn about master files and working files in MongoDB.
NoSQL Architectural Patterns. Become competent in NoSQL architectural patterns in this seventh topic in the NoSQL Complete course. This includes Mobile/Web, Time Series, Business Process, and Analytics. Know about the patterns of event-driven architecture and where Kafka and MongoDB fit. Also the patterns of IoT architectures and incorporating NoSQL and SQL in the same architecture such as a legacy data warehouse stack. Also learn about mainframe modernization using a document database.